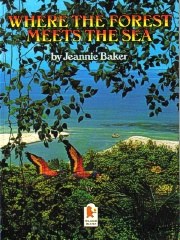 Where the Forest Meets the Sea - Jeannie Baker