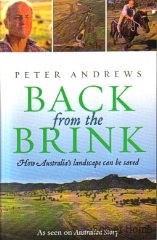 Back from the Brink- P Andrews